Postpartum anxiety masquerades as a type A personality

When Kelly was pregnant with her daughter Samantha, she felt pretty good. She’d had anxiety for a long time, but credited the pregnancy hormones for keeping it at bay.

Just before Samantha was born, Kelly said she had the normal new mom worries — she was nesting like crazy, the house had never been cleaner, and she took all the classes and downloaded three different apps about pregnancy onto her phone. She was a little worried financially, but that’s about it.

After she gave birth, Kelly she had the baby blues for the first few weeks and found herself crying about little things. She was experiencing really bad hip pain that made it hard to walk, and the swelling from preeclampsia got worse — so did the worry.

“The first month was hard physically and emotionally,” Kelly said. “My hormones were going crazy. I was breastfeeding, and up with her every couple hours. When I went back to work eight weeks later, she went into daycare. Right away she started getting sick, which happens in daycare and I knew it would happen.

“Looking back I was pretty type A when I was home with her. I watched my husband wash bottles to make sure he was doing it right, and I would have to check in a lot when my mom watched her at night. I didn’t realize how type A I had gotten until she went to daycare and I lost the ability to control the situation. I couldn’t relax at all, not even to watch TV. I always had to be doing something, or sitting there worrying about getting things ready for the next day, or that she was getting sick. It became overwhelming. I was just so worried about her all the time. I knew something was wrong. I was in survival mode, just going day to day, not taking time for myself. I started getting stress migraines. My workplace was really understanding, but my personal work was suffering.”

Kelly had been seeing a psychiatrist before her pregnancy and had a prescription to help manage her anxiety. But she says her old doctor wasn’t very understanding about mental health and pregnancy, telling her there were no medications that she could take while pregnant. At the time, she says she had never felt so disrespected, like her health didn’t matter.

During her pregnancy, her OB-GYN did an assessment and pointed out signs of anxiety, but Kelly thought she had it under control. She says she later realized that it was hard for her to notice changes in how her anxiety presented itself after she gave birth because she had always had anxiety. She learned that postpartum anxiety can be a whole new ballgame.

“I had heard about postpartum depression, but thought I was just being type A as a new mom,” said Kelly. “It’s so hard to differentiate really caring about your baby and making sure you’re doing everything right and having it impact every aspect of your life. And I actually have a degree in psychology and hadn’t heard about postpartum anxiety.”

Kelly’s OB-GYN referred her to Dr. Sarah Homitsky, a psychiatrist who specializes in pregnancy-related behavioral health.

“It was amazing that there was a place dedicated for women with PPD and PPA,” Kelly said. “So few people know about it or want to tackle it because of medications and fear with pregnancy and breastfeeding. They were up to date on the most recent research; they knew which meds were safe for breastfeeding. That was important to me, but so was getting my anxiety under control. They weren’t afraid to touch the subject of treating a mother. Dr. Homitsky asked if I was interested in therapy, but I didn’t think I had time for it since I was going back to work. I had done therapy in the past and have a masters in counseling psychology and had lost faith that it works. This program restored my faith in therapy, and it’s the best thing I could’ve done.”

Kelly says the last straw was when baby Samantha got bronchiolitis in January. Kelly was out of paid time off at work, but she had to take her to the hospital — and then got sick herself.

“It was a hard couple of weeks. The anxiety was starting to impact my bond with the baby. I was back at work and had limited time with her, but I wasn’t able to enjoy the little time I had with her because I was so anxious and she was sick — I felt like a nurse with anxiety and not her mom. I said I cannot keep going like this.”

Kelly called Dr. Homitsky and started an intensive outpatient therapy program for new moms with PPD and PPA the next day. For three days each week, three hours a day, Kelly joined other women and their babies in activities and therapies designed to help recognize and manage signs of anxiety and depression.

“We did bonding activities — wearing the baby which is so helpful if you have anxiety — songs, and baby yoga — which was the funniest thing until she learned to crawl. It all took the seriousness away from how I felt and put it into a fun enjoyable interaction, which I needed so badly.”

The group covered sleep training, so moms could get more rest, and coping skills for when anxiety and depression started to take over. She says getting to know a group of new moms who were going through the same exact thing was incredibly important, especially in an age where social media only shows everyone’s happiest moments. Little by little, Kelly started to feel better and saw her life improve in ways she didn’t expect.

“It changed my relationship with my husband, because I didn’t realize how my anxiety impacted him. I was irritable, and I got in the way of him bonding with her because I was so anxious about how he was doing things. They weren’t the wrong way, they just weren’t my way. He came with me to a few sessions and learned that it wasn’t me trying to be mean — it’s an issue I couldn’t always control. It helped my relationship with my mom, and his mom, too. I also have a better relationship with myself — I’m so much more forgiving of myself as a working mother. It can’t all be perfect all the time.” 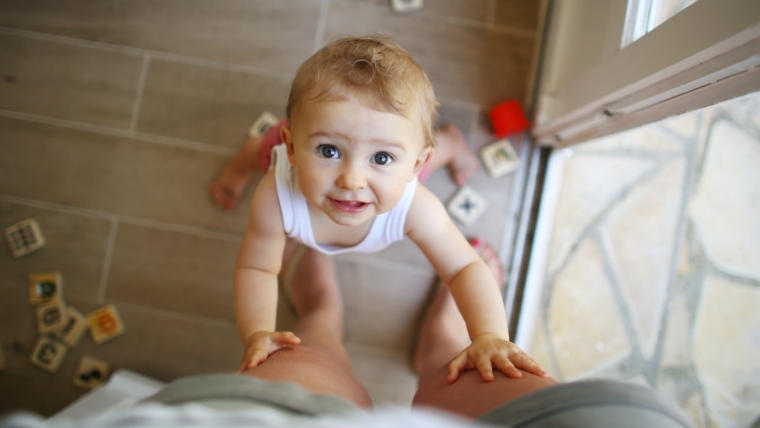 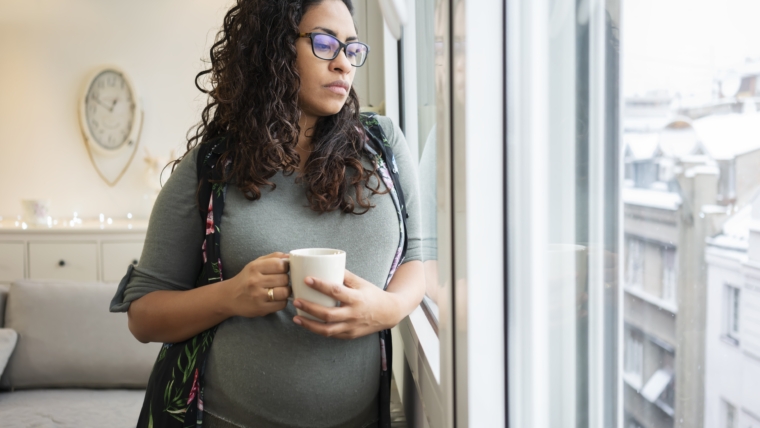